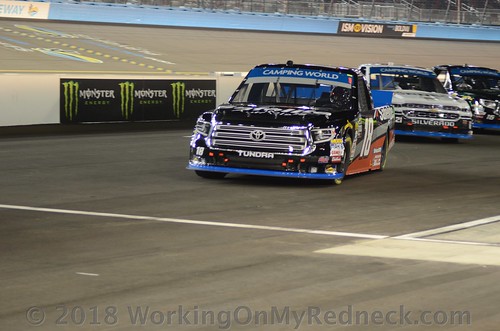 Noah Gragson has been voted the NASCAR Camping World Truck Series Most Popular Driver in his second full-time season.

The 20-year-old is set to move up to the Xfinity Series with the Dale Earnhardt Jr.-owned JR Motorsports, taking over the No. 1 Chevrolet following Elliott Sadler’s retirement from full-time competition.

Gragson will be honored at the Camping World Truck Series banquet on Dec. 8 in Charlotte.