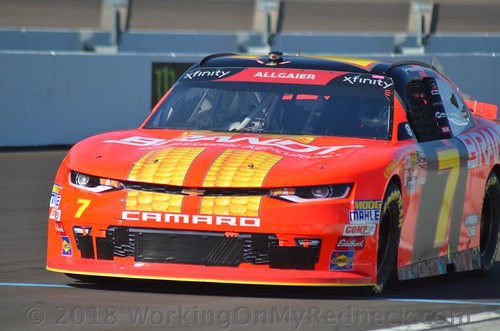 • Justin Allgaier has had a career-best season in 2018 with five wins, 17 top-five and 23 top-10 finishes. He and the No. 7 team also brought home the regular-season championship.

• Allgaier has led a staggering 741 laps so far in 2018 with one race remaining.

• The Illinois native’s best finish at Homestead in eight NXS starts is sixth, which came in the 2016 season finale. He has led seven laps at the 1.5-mile track.

• In nine starts on mile-and-a-half tracks this season, the 32- year-old driver has four top fives and six top 10s, with a best finish of second in Las Vegas in September.

“I am so proud of everything this BRANDT Professional Agriculture team has accomplished this year. While we’d love to be competing for the championship this weekend, the cards just didn’t work out in our favor and with five wins this season, the guys on this team definitely have nothing to hang their heads about. They worked their tails off and gave me awesome racecars. We’re still going to go down to Homestead and race for one more win. This season isn’t quite over yet.”