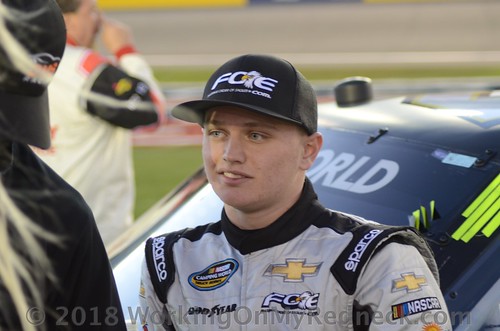 He goes into Friday’s Lucas Oil 150 at ISM Raceway as a strong championship favorite, sharing final round victory circle honors with two-time series champion Johnny Sauter, who punched his ticket to the Homestead-Miami title race with a victory two weeks ago at Martinsville, Va.

Haley’s win moved him from being on the outside of the championship picture in fifth place, to being a strong candidate to hoist his first series championship trophy. It leaves Grant Enfinger (who had been ranked fourth before Haley’s win) into fifth place in the standings, 18 points behind ffourth-place Noah Gragson. And two-time former series champion Matt Crafton is sixth in the standings, 23 points behind Gragson.

Sauter, who won this race last year, is the only member of the championship contenders to earn a victory previously on the Phoenix one-miler.