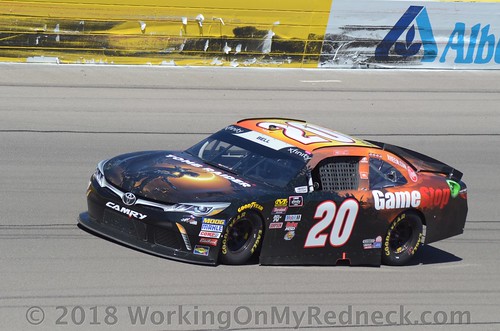 The NASCAR Xfinity Series boasts one of the most dramatic Playoff runs in the sport with five of the top-six drivers in the standings separated by a mere 14 points. Only Stewart-Haas Racing driver Cole Custer has secured a position in the foursome that will compete for a series title Nov. 17 in Homestead, Fla.

It’s essentially a must-win for sixth ranked Bell who is 34 points behind leader Tyler Reddick. But Bell boasts the most Playoff victories this season (at Richmond, Va. and Dover, Del.). Allgaier is only 12 points behind Reddick and won at Phoenix in the Spring, 2017 race.

Should Reddick maintain his position in the standings, he would become the fourth rookie to earn a spot among the Championship 4 at Homestead-Miami.

William Byron won this race last year and then the championship the following week.