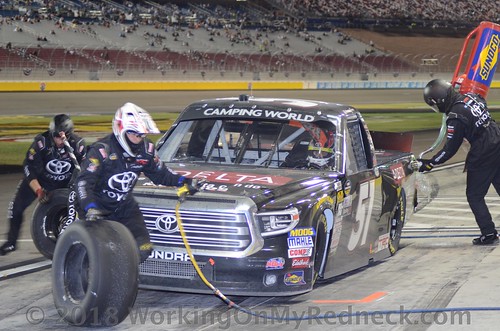 Event:                         Lucas Oil 150, Race 22 of 23, 150 Laps – 45/45/60; 150 Miles
Location:                    ISM Raceway in Avondale, Ariz. (one-mile oval)
Date/Broadcast:        November 9, 2018 at 8:30 p.m. ET on FS1, MRN and SiriusXM NASCAR 90
What You Need to Know
Harrison Burton, Driver Q&A
What did you think about your first mile-and-a-half start at Texas last week?
“I felt pretty good about it. We didn’t head to Victory Lane, so I wasn’t too happy with it, but we were pleased with our team’s work ethic and the way we were able to learn together really fast. I feel like we kind of had to start right in the fire, but everyone reacted good and taught me a lot of stuff, so I was feeling good about it.”
Does your top-10 finish give you more confidence for Homestead next week?
“I think so. I’m really excited about Homestead next week after Texas went pretty well. I feel confident on mile-and-a-halves as a whole now. I feel like I can go there and just fire off in the truck and just let her rip.”
You have one start at Phoenix in the NASCAR K&N Pro Series West in 2015. Will that experience carry over this weekend?
“I think so. I think anytime you actually drive at a race track you see all the landmarks around it and you get experience with it. It definitely helps. It was a long time ago and that was my second K&N West start, so I definitely have to go a while back in the memory bank. Hopefully, I can get one of those Phoenix trophies and bring it home for the guys in the shop.”
Harrison Burton Career Highlights
Harrison Burton’s No. 51 DEX Imaging Tundra:
KBM-035: The No. 51 DEX Imaging team will race KBM-035, for Friday’s race in Phoenix. Burton drove this Tundra to his best career NCWTS finish at Iowa in June when he won the pole, led 30 laps and finished third.
KBM Notes of Interest
Kyle Busch Motorsports No. 51 Toyota Tundra 2018 NCWTS Box Score:
TIL NEXT TIME, I AM STILL WORKING ON MY REDNECK! 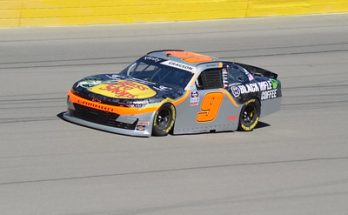 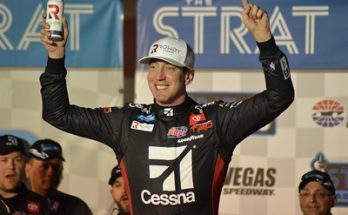