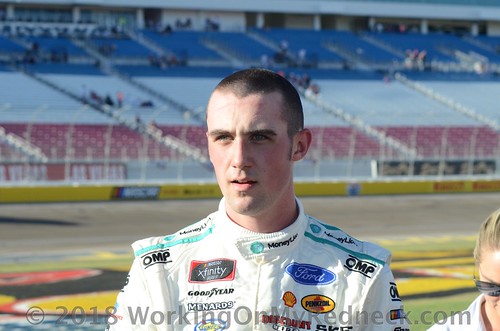 Quote: “After everything that happened today, third-place is a great finish. I honestly thought our Discount Tire Ford Mustang was capable of winning the race and I think it showed in the last stint. That is a testament to the work those guys did over the wall putting braces in the car and getting the bear bond in the right spots. These guys at Team Penske are the best in the business. To be able to unload a backup car and have a top-three finish is unheard of. I am ready to go to Phoenix and go put on a show and have a little fun.”