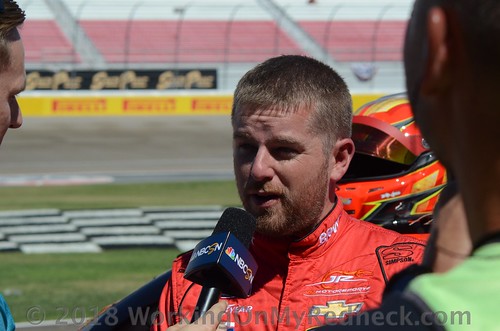 The Illinois native has led 60 laps and accumulated three top fives and five top 10s this season on 1.5-mile tracks.

With two races left before the Championship 4 is decided, Allgaier sits sixth in the playoff standings, five points below the cutoff line.

While Allgaier has had some tough luck in the playoffs, he still has the most points (380) earned over the last 10 races, with three wins, and seven top 10s in that span.

“Kansas definitely didn’t go the way we wanted it to and that’s on me. We find ourselves in a hole going into these final two races in the Round of 8, but one thing is for sure, whenever this team has been down we’ve come back stronger than before. I have faith that we can finish strong this weekend and head to Phoenix with a solid shot at making it to Homestead as part of the Championship 4.”