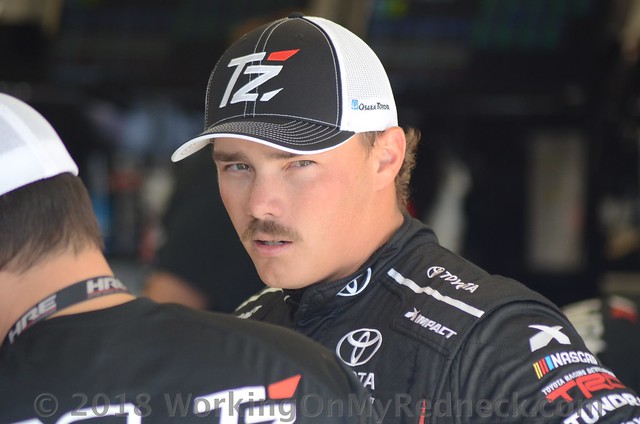 After sustaining early damage, he finished 17th and advanced to the Round of 6 by eight points. But after the points reset, Moffitt enters Saturday’s race at Martinsville back in second place in the standings with a 13-point cushion over fifth place – not to mention considerable optimism about his prospects of advancing to the Championship 4 race at Homestead.

“Yeah, for sure,” Moffitt said. “We ran decent here in the spring. This round, in general, is just three better race tracks for us. I think for most of the field, you know the road course and Talladega all in one round had everyone nervous and everyone aggressive at Vegas.

“I think everyone’s going to be a little bit smarter here, and we can go back to our past success this season and try to rely on that to get through to Homestead and hopefully fight for a championship.”