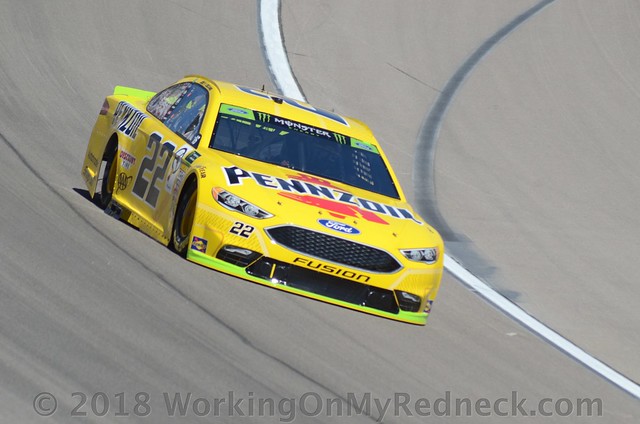 The driver of the No. 22 Team Penske Ford was fourth fastest in the first round and third in the second round. In the final round, however, with the Busch Pole Award on the line, Logano ran the fastest lap of the day (191.646 mph) on tires that had already completed two hot laps.

Logano wasn’t shocked that he could sustain that sort of speed in the money round—far from it.

“Not surprising, for multiple reasons,” Logano told the NASCAR Wire Service. “Sun was going down. It was getting colder. It definitely seems like, as the sun goes down, the track picks up grip. It had so much grip today. From Lap 1 (teammate Ryan) Blaney and I were laughing about it. It was like, ‘Oh my gosh, we’re going so fast.’

“It’s definitely one of those race tracks that the more you go for it, the bigger the reward is. Also, the penalty is pretty big. We’ve seen that for a couple cars, too (notably Kyle Larson’s crash in opening practice). You get a little outside of it, and you are going for a ride, and it’s hard to regain control. It’s one of those places that the more risk you take the faster you go, but it is also more risk.”

“When the race starts, there will be some tire fall-off, for sure,” Logano said. “This place has definitely worn into a really good race track, one that you can run the top as fast as you run the middle or the bottom for that case.

“It puts on a good race. That’s probably what makes this one of the best repaves we’ve had. The fact that, when they redesigned the race track and paved it to make the top really come in, they did a really good job with that.”