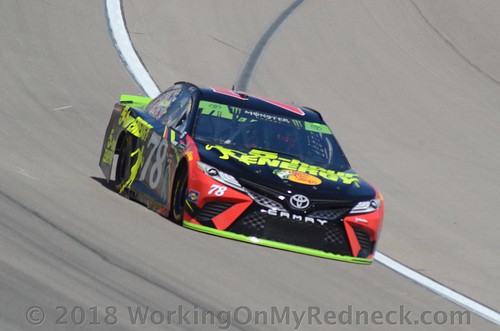 Other than Jimmie Johnson’s record streak of five straight Monster Energy NASCAR Cup Series championships from 2006 through 2010, no other driver has won back-to-back titles since Jeff Gordon accomplished the feat in 1997-1998.

But reigning series champion Martin Truex Jr. believes he has an excellent chance to repeat in 2018.

“Obviously, that’s our goal right now, and it’s going to be a challenge,” Truex said. “I think we’re up to it. I feel like we’re as good or better than we were last year, and we’ll just have to see.

“There’s so many things that have to go your way. If we can just shake the bad luck and shake the fact that we seem to get in bad positions here lately, we’ll have a shot at it.”

A good first step would i be finishing Sunday’s 1000Bulbs.com 500 at Talladega Superspeedway, where Truex’s last four starts have ended early—the result of an engine failure and three wrecks.