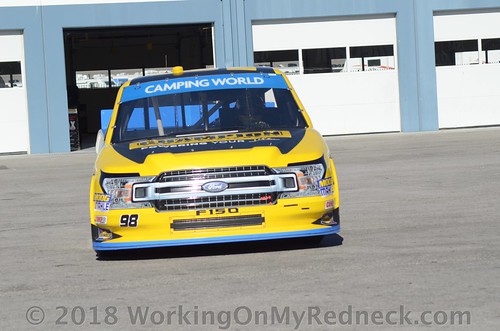 What to Watch For:

Six of the eight Playoff drivers will advance to the next round of the Playoffs following Saturday’s race. ..

Johnny Sauter (2013) and Grant Enfinger (2016) are the only two Playoff drivers with victories at Talladega.

Playoff driver Brett Moffitt will be making his Talladega race debut this week. Interestingly, he won the race at his two previous track debuts in 2018 – at Iowa and Chicagoland.

There are 13 drivers hoping to make their Talladega truck series debut this weekend, including Spencer Gallagher who won the Xfinity Series race here earlier this season.

Toyota leads all manufacturers with nine Talladega race victories, including five of the last six.

Sauter and Timothy Peters have the most top-fives (four) and most top-10s (five) of the drivers entered this week.

There will be two father-son driver combos entered this week: Todd and David Gilliland along with Joe and John Hunter Nemechek.