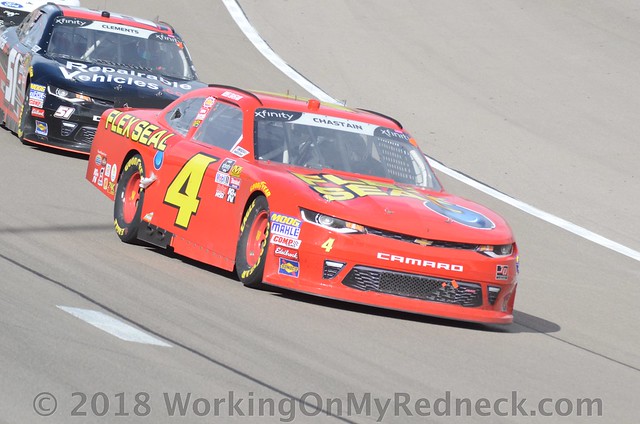 Ross Chastain gave the attempt his very best effort, but he fell short Saturday of advancing in the Xfinity Series playoffs.

After a tough late-race battle with Matt Tifft with a second-round playoff spot on the line, Chastain finished 13th in the Bar Harbor 200 at Dover International Speedway and missed moving along in the playoffs by one position. He is ninth in points, three points away from qualifying for the next playoff round.

In the closing laps, Chastain raced Tifft hard for position. Their cars touched, Tifft’s moved up the track, and the contact resulted in Chase Briscoe being pushed into the outside wall.

After the race, Chastain, who drove the Delaware Office of Highway Safety “Use Your Melon, Drive Sober Arrive Alive DE” campaign Chevrolet, refused to apologize for his aggressive driving in the final miles.

“I’m not sorry at all,” he said. “This is awesome. I don’t apologize for what I do on the racetrack. It was racing, and we were in the heart of it.”

Chastain drove for JD Motorsports with Gary Keller and praised his team after the race.

“This 4 car and what we’ve done with JD Motorsports and Chip Ganassi Racing has been great,” he said.

The series rolls on to Kansas Speedway for an Oct. 20 race, the opener of the next round of the playoffs.