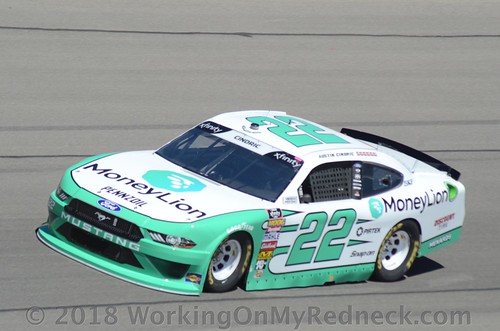 Quote: “The ball was definitely in my court today. Our Discount Tire Ford Mustang was a top-five car and I did just about that with it.  We gave up in a few spots knowing the points situation and having a really solid day. I think that’s one of the first races I can say that went smooth.  Everyone on the team executed really well today. Thanks to Discount Tire, MoneyLion and everyone who supports this car.  I get to breathe for a week.  I actually get to go play with some Mustangs next weekend, so it will be fun to get my mind off of things and then it’s back to scrounging and clawing and grabbing to try and get a final four spot.”