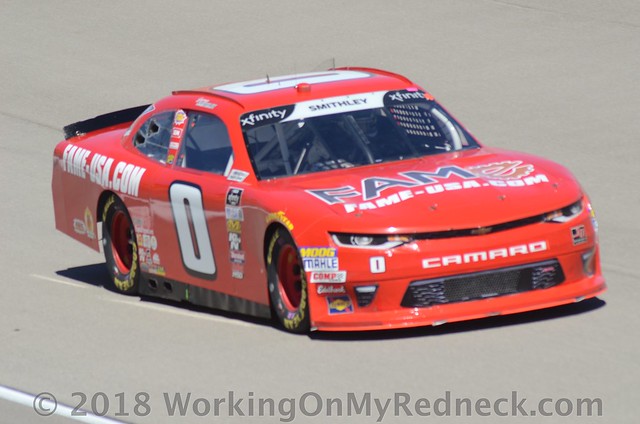 One of the longest – and strongest – partnerships in NASCAR’s Xfinity Series will be extended for another race this weekend as JD Motorsports with Gary Keller and Heroes Haven join hands at Dover International Speedway.

Heroes Haven celebrates the heroes of the armed services and first responders who have endured injuries and other difficulties relating to their service. Heroes are invited on hunting and fishing expeditions and to other special events. For four years, selected heroes have served as honorary crewmen for the JD Motorsports team at Dover. They receive special passes and a crew uniform and are involved with the team during the afternoon race.

“We’re always thrilled to work with the folks at Heroes Haven,” said team owner Johnny Davis. “They do such great work. It’s our honor to welcome the heroes they send along to us. They get to enjoy the race weekend, but it’s really the team and our guys that benefit from this great association.”

Soldier Philip Lee Cooper will be this weekend’s special guest at Dover.

The Heroes Haven logo will ride on the rear quarter-panels of Smithley’s bright red car in the Xfinity playoff race.

“We couldn’t be prouder than to be with the team again at Dover,” said Ken Adams of sponsor Melvin Joseph Construction. “Johnny and his guys always do a great job hosting our heroes and making the weekend enjoyable for everybody. It’s one of the highlights of our year. We’re so happy to be able to make it a special weekend for Philip Cooper.”