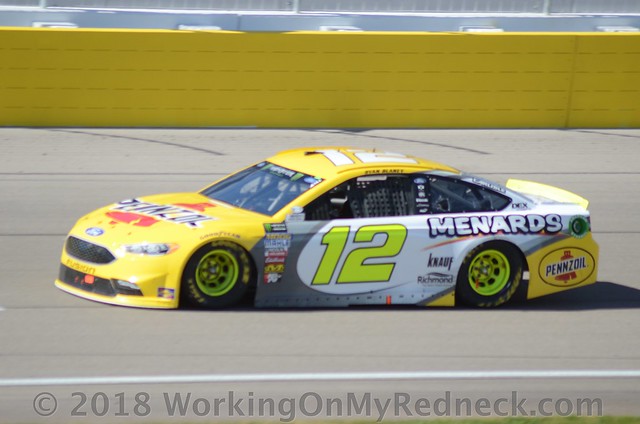 Quote: “We restarted sixth the last one there and got to third with a couple of laps to go. I was really just riding there in third. We were good to go on points and was going to advance to the next round on points. They were so far ahead I wasn’t even really trying to catch them and then I saw them close to each other through the oval track and I was like, ‘Oh, something might happen here.’ I went down in there, they touched and I was lucky to sneak through there. I’d rather go out and dominate the race and win by a lap, but you’ve got to take them how you can get them. We put ourselves in position. We did a great job all day of winning a stage and putting us in a good spot for points. It just worked out for us.”