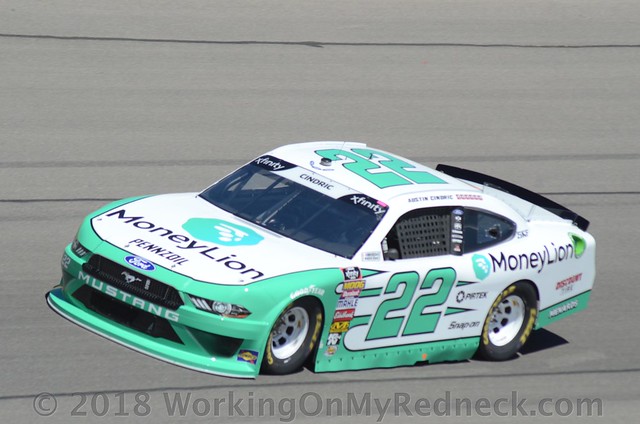 Quote: “It’s funny.  I complained about not having too much long-run speed last week and too much short-run speed this weekend.  I guess I’ve got to make up my mind, but I’m just over the moon for Chase.  He’s had a tough year. I’m super-excited for my buddy.  I’m just thankful we were able to get a nice, solid run.  It wasn’t a perfect day.  I made my own mistakes.  I’ve got to apologize to the 7.  Obviously, it was a weird merge off of pit road.  The 35 kind of checked up and I was just trying to get out of the way, so it was kind of a bummer that we didn’t have a clean day, but it’s good to come home third and get some stage points.  That’s the kind of day we needed, so we’ll move on and go to Dover.  I think we can run well and have another good run in our Ford Mustang.”