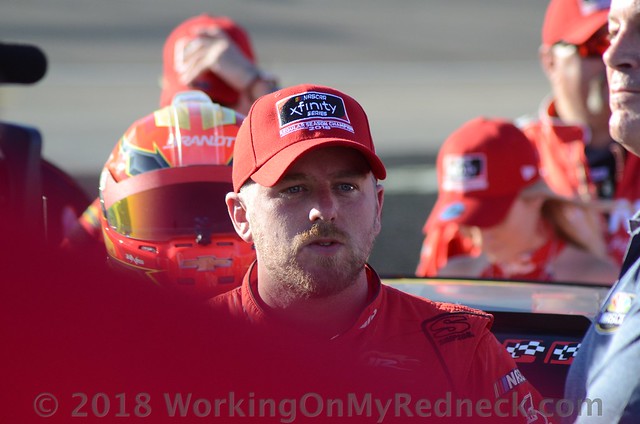 Christopher Bell, however, leads the Playoff standings by 28-points over Daniel Hemric and 24 over Allgaier.

Ross Chastain, who won in the Chip Ganassi Racing No. 42 at Las Vegas, returns to the No. 4 JD Motorsports car at Charlotte; he is currently fourth in the standings. His best road course finish this year is seventh at Road America.

Elliott Sadler is fifth in the points standings. He is one of the best on road course venues and although he is looking for his first series victory since 2016, he has reason to believe this week’s venue may be the place he scores that win. He has finishes of 12th (Watkins Glen), sixth (Mid-Ohio) and fifth (Road America) on road courses this season.

Cole Custer, who sits in ninth place in the Playoff standings – one position out of the Playoff cutoff – earned top-10 finishes in all three road course races this season.

Hemric, who is still looking to earn his first ever win in the Xfinity Series, leads all drivers this season in laps run among the top-15 (4,284). Custer is second with 4,278. The two are also tops in percentage running on the lead lap. Custer has 95.4 percent of the time and Hemric has 95.3 percent.

Three road course aces from the IMSA Series will be among the starting grid. Meyer Shank Racing teammates Lawson Aschenbach, Justin Marks, and Katherine Legge are entered. This will be the third start of the season for former series race winner Marks and the fourth for Katherine Legge.