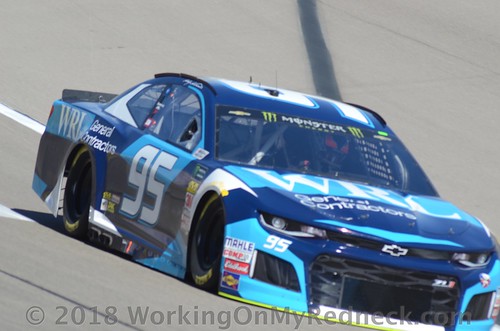 Clint Bowyer has only one top-10 finish in 12 Darlington starts and his three DNFs is most among the top-16 ranked drivers. … Hendrick Motorsports is the winningest organization at the track with 14 wins.

Chevrolet leads all manufacturers in Darlington trophies with 41. Ford is next with 28. Eleven different makes have won this race.

Kasey Kahne leads all active drivers with four pole positions at Darlington – the fifth highest mark all-time, tying him with Bobby Allison, Richard Petty, and Geoff Bodine. Kahne is the only active driver to ever win consecutive poles at the track (2005-06).

Eight drivers won their very first pole here, including active drivers Clint Bowyer (2007) and Kurt Busch (2001). … The oldest Darlington winner was David Pearson who collected his 10th trophy in 1982 at the age of 47.