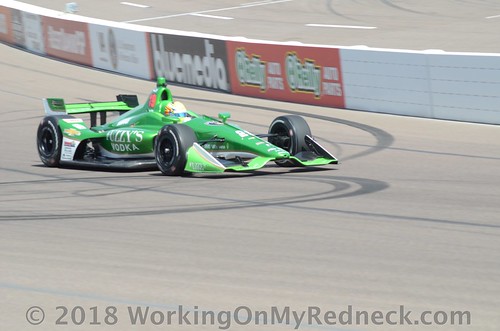 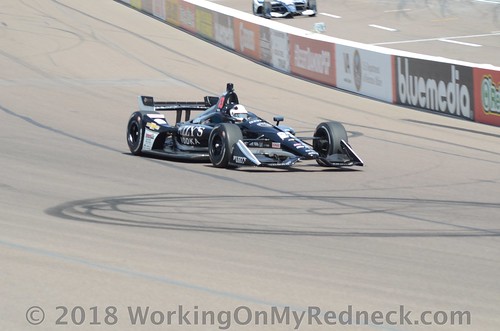 ED CARPENTER (No. 20 Fuzzy’s Vodka Chevrolet), Finished 12th: “I was hoping for a little better night! I just didn’t have a very good balance on cold tires and I lost too many positions at the start of the race. After the first stop, we went long with everyone else. We didn’t really feel like we were going to get it done doing that, so we started short pitting and trying to get track position with quick lap times. I feel like we would have been inside the Top 10 if a.) I could have stayed in front of Will (Power) on the lead lap, or b.) that yellow didn’t come out. That’s just the way it goes when you go with that strategy when you pit early; that’s what you put yourself at risk for. I’d hoped to put the Fuzzy’s Vodka car on the podium again for my last race of the season but it didn’t work out that way! On the other hand. Spencer (Pigot) had a really good drive and continues to show well the second half of the season. Hopefully, my ‘children’ Spencer and Jordan (King) can do well at Portland and Sonoma and give ECR a good finish to the season.”
SPENCER PIGOT (No. 21 Fuzzy’s Vodka Chevrolet), Finished 6th: “We definitely got stronger throughout the race. The guys made some good changes for me during the stops and they were good pit stops as well. We were able to jump some people on the pit cycles which was great. The last 80 laps were a lot of fun. There were people on different strategies and we were just going flat out, going as quickly as possible and pass as many people as we could. It was a lot of fun with so many close battles and a lot of dicing. I am happy to have finished 6th from where we started. It’s a shame we didn’t get to qualify, it would have been nice to try and start a little higher up! Overall, I’m really happy with the result and for my Fuzzy’s Vodka guys!”
TIL NEXT TIME, I AM STILL WORKING ON MY REDNECK!