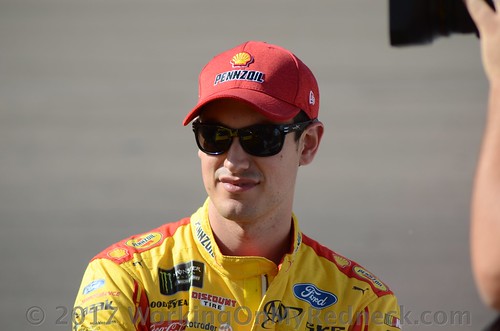 Quote:  “Our balance wasn’t awful.  We’d get tight in the center and loose off and how do you fix that?  Usually, you fix the exit and your center is going to get tighter, so just struggling a little bit with that.  I thought we were OK there that last run.  We were able to drive up to third and honestly, I thought we could have driven up to second and then the caution came out, and we restarted on the bottom lane.  The bottom lane just stinks.  You’re down there and you try to do everything you can, and our car didn’t fire off well.”