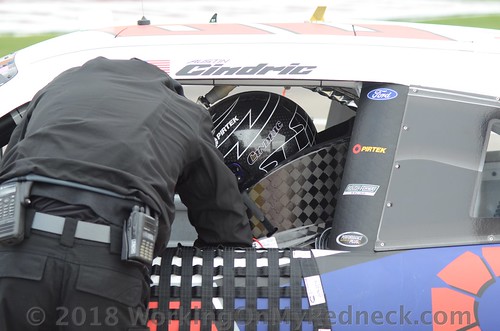 Quote:  “I’m not sure I would call it frustrating.  I’ve raced at Bristol three times and this is the first time I’ve ever raced at Bristol, so I had a lot to learn.  We went two laps down early in the race and fought like hell to get it all back and got it back, and then had some issues in the rear end on the final stint that probably cost us a top 10 finish, so, all in all, I learned a lot.  That’s all I can ask from myself and that’s all this team can ask from me, but, man, I just wish we could get more.”