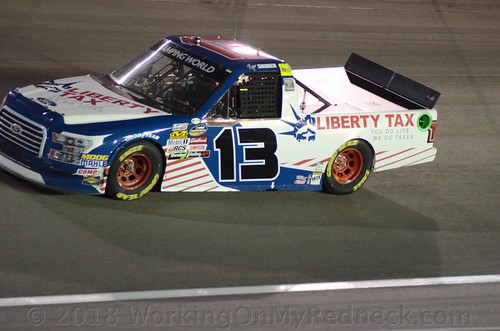 Team Info/Stats:
Crew Chief: Rich Lushes
Driver Point Standings: 9th
Owner Point Standings: 12th
Sunoco Rookie of the Year Contender
Spotter: Brett Griffin
News and Notes:
Chatting with Myatt Snider…
“I am putting a little added pressure on myself this weekend for Michigan with the Playoffs just around the corner. We’re taking one of our best trucks to Michigan though, and the fact I had a pole in my first ARCA start there is icing on the cake. I am going into this weekend with the mindset we need to win, and I feel confident. This race is a drafting race, so it’s a good equalizer. We have a good team here at ThorSport Racing, and my team always brings a strong Century Container Ford F-150. I’m excited about the potential of getting a win in Ford’s backyard this weekend.”
TIL NEXT TIME, I AM STILL WORKING ON MY REDNECK!