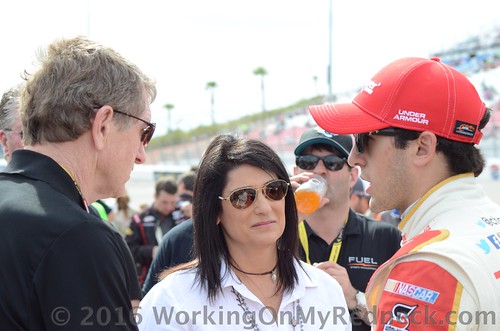 His father, NASCAR Hall of Famer Bill Elliott, won his 1988 championship in Harry Melling’s Ford—also bearing the No. 9.

The numerology wasn’t lost on the elder Elliott, who was spotting for his son on the backstretch at Watkins Glen and actually beat his son to Victory Lane, because Chase ran out of gas after taking the checkered flag and needed a push from teammate Jimmie Johnson.

“You talk about numbers—I think this was his 99th start, correct?” Bill Elliott said. “The 9 car wins the 99th start. I won my first Cup race at a road course in Riverside. The only Xfinity race I ever won was right here on a road course, and lo and behold, he wins his first on a road course.

“It’s kind of—you don’t think about these things until kind of after the race, but it’s kind of weird.”

Elliott could have added that the last three victories for the No. 9 car have come at Watkins Glen—the previous two by road course ace Marcos Ambrose in 2011 and 2012.