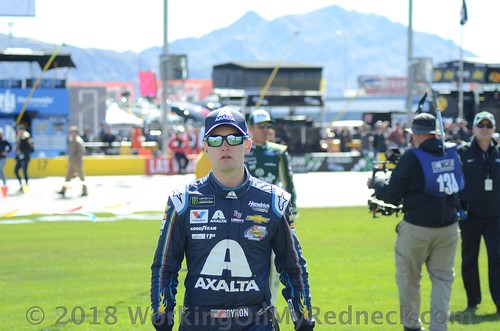 Suarez, 26, in particular, must be excited to head to upstate New York this weekend as Watkins Glen is where he scored his first ever top five and previous career-best of third-place in the Monster Energy Series season last year. Because of that, the Joe Gibbs Racing driver is technically the top-ranked driver in Sunday’s field.

This will be Bowman’s first start at The Glen since 2015. He has finishes of 36th and 29th in two previous non-Hendrick Motorsports team entries. The 25-year-old was ninth at Sonoma in the No. 88 Hendrick Chevrolet earlier this year.

The Glen will be a relatively blank slate for Byron, 20, who is making his Cup track debut. The driver of the No. 24 Hendrick Motorsports Chevrolet was 10th in the Xfinity Series race here last year.

Erik Jones, 22, who secured his 2018 Playoff position with a win at Daytona in July, finished fifth at Pocono last week. He was 10th at Watkins Glen in his Cup debut last year but was seventh at Sonoma earlier this season in the No. 20 Joe Gibbs Racing Toyota. He even did a road course driving school early in the summer to better prepare for the two venues.

Chase Elliott, 22, who finished seventh at Pocono, has two finishes of 13th at The Glen but the No. 9 Hendrick Motorsports driver was fourth at Sonoma earlier this season.