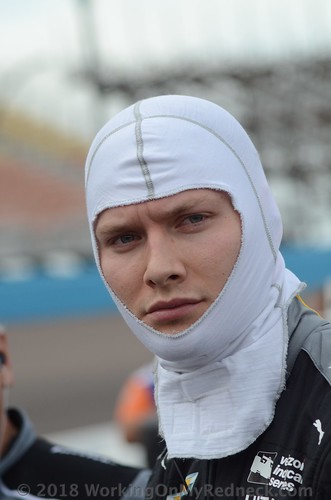 Quote:  “We just seemed to catch traffic and I don’t think our strategy worked quite as well as we wanted it do, but you make a plan and go with it…it didn’t quite all work today for us. But it was a very good effort from everybody today. I think the No. 1 Hitachi Chevrolet was good today.  We gave a good shot at it today…we will go back and analyze it and go on from here. It really seemed like a good race and lots of action. I hope the fans enjoyed that. I just know from inside my car, but it sure seemed like a lot of passing and we always want to put on a good show!”