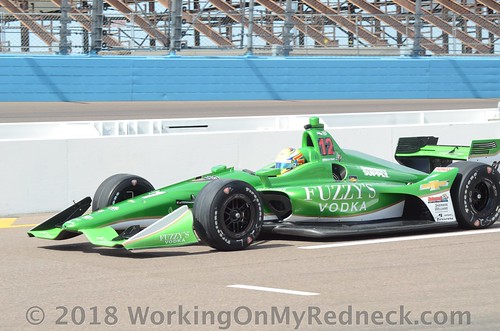 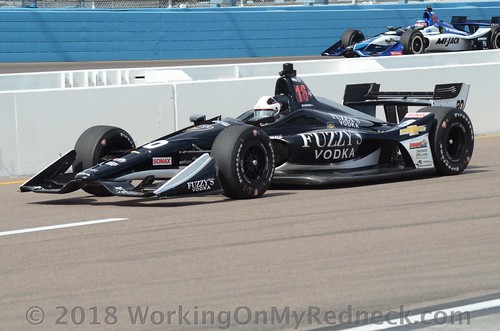 JORDAN KING, No. 20 Fuzzy’s Vodka Chevrolet, Finished 12th: “I sent it on the first couple of corners! That was really good fun, a bit of wheel-banging and running side-by-side with a few people. We got up to 9th in those first two laps. Our pace was pretty good during the race, I don’t think we were a million miles off at all. We had a bit of a slow first pit stop and lost a few places there, then we just seemed to struggle a bit on out laps. Those are the two areas where we lost the time; otherwise, I think we would have been a bit higher up. We still have a bit of work that we need to do, but overall it was a good race!”
SPENCER PIGOT, No. 21 Fuzzy’s Vodka Chevrolet, Finished 13th: “It was a bit of a tough start of the race. We didn’t get a great start and got kind of boxed in. We weren’t able to move up early on like we had hoped for. We struggled with the black tires, but once we put the reds on again, the car was pretty good. We were able to make passes and fight our way up to 13th. The second half of the race wasn’t too bad, but we would have liked to have a different first half. We’ve had a very solid last five or six weekends and a lot of positives to take away. We will work to put it to good use for the last races!”
TIL NEXT TIME, I AM STILL WORKING ON MY REDNECK!