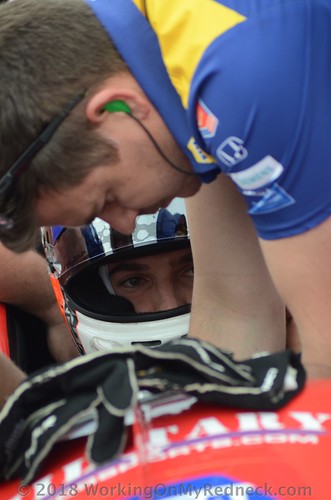 California-native, Alexander Rossi parked the No. 27 NAPA AUTO PARTS Honda in Victory Circle for a second time in 2018, as he captured his fourth career Verizon IndyCar Series win after starting from the pole position.

Today’s victory at the Honda Indy 200 is the latest to be added to the American driver’s already impressive resume, which includes wins at Long Beach this season, Watkins Glen International in 2017 and the 100th Running of the Indianapolis 500 in 2016.Rossi finished the 2017 season sitting seventh in the driver standings and 11th the year prior, collecting Rookie of the Year Honors for both the Indianapolis 500 and 2016 season.