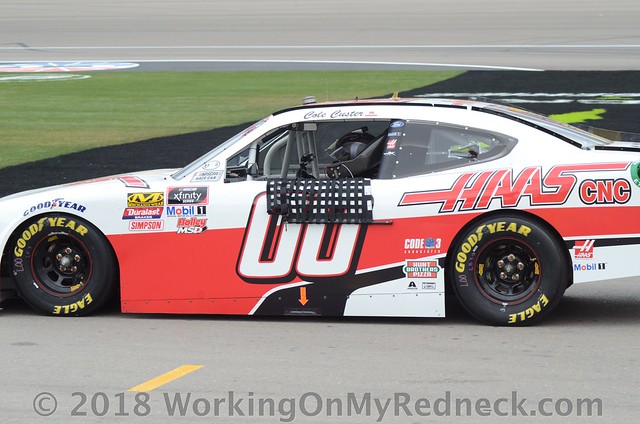 ● Custer held the Code 3 Associates Ford in the lead for the first 43 laps of Stage 1.

● After a lap-64 caution, Custer restarted fourth and moved up to third before the stage ended.

● He pitted for four tires and fuel at the conclusion of the stage.

● Five cars pitted before the conclusion of Stage 1, putting Custer in the eighth position.

● Custer was caught in traffic on the restart and noted loose-handling conditions when he got back to the gas.

●Custer took four tires, fuel and air pressure adjustments at the conclusion of the stage.

● During the pit stop at the end of Stage 2, the No. 00 team received a penalty for an uncontrolled tire and forced Custer to the rear of the field.

● Custer continued to wheel the Code 3 Associates Ford through the field and fought his way up to sixth when the race concluded.

● This marks Custer’s second Xfinity Series top-10 at Richmond and sixth straight top-10 of the season.

● No NASCAR Cup Series drivers were entered in the Richmond 250.

● Christopher Bell won the Richmond 250 to score his second career Xfinity Series victory, first of the season and first at Richmond. His margin of victory over second-place Noah Gragson was .423 seconds.

Cole Custer, driver of the No. 00 Code 3 Associates Ford Mustang for Stewart-Haas Racing With Biagi-DenBeste:

“We had such a fast car. At the start of the race we were really good and then the middle stage we were a little bit off. We made the Code 3 Associates Ford pretty good there at the end, but we got that penalty, which I guess was a little bit of a close call. We’ll look at it but it’s just frustrating because I think we had a really good car. I’ve got to thank everybody at Code 3 and hopefully come back better next time.”

The next event on the NASCAR Xfinity Series schedule is the Sparks Energy 300 on Saturday, April 28at Talladega (Ala.) Superspeedway. 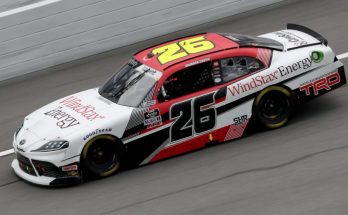