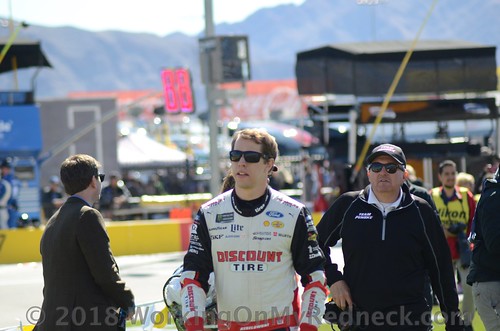 Quotes: “We scored stage points today with our Alliance Truck Parts Ford and that’s a positive. We had a strategy there at the end to get more but it just didn’t work out for us.”

Quote: “It was a tough day for our DeVilbiss Ford team. We struggled with the balance throughout the race, which was way too tight and then went to the loose side. We went back on several of the adjustments we made and the car went back the tight side. My guys worked hard all day and we stayed focused on trying to make our car better. We’ll regroup and get focused on Auto Club next week.”

Quote: “We had a tough day. At one point in the race we had decent balance and speed, but then it went away and we just couldn’t get it back. We fought loose in and off most of the day, other times we were tight in the center. We’ll go back to work as a team and get better for when we come back here in November.”