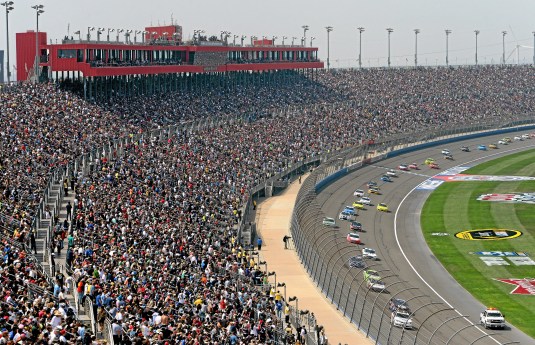 Auto Club Speedway, formerly California Speedway,[2] is a two-mile, low-banked, D-shaped oval superspeedway in Fontana, California which has hosted NASCAR racing annually since 1997. It is also used for open wheel racing events. The racetrack is located near the former locations of Ontario Motor Speedway and Riverside International Raceway. The track is owned and operated by International Speedway Corporation and is the only track owned by ISC to have naming rights sold. The speedway is served by the nearby Interstate 10 and Interstate 15 freeways as well as a Metrolink station located behind the backstretch.

Construction of the track, on the site of the former Kaiser Steel Mill, began in 1995 and was completed in late 1996. The speedway has a grandstand capacity of 68,000 and 28 skyboxes and a total capacity of 122,000. In 2006, a fan zone was added behind the main grandstand. Lights were added to the speedway in 2004 with the addition of a second annual NASCAR weekend. Since 2011, the track has hosted only one NASCAR weekend.

On April 20, 1994, Roger Penske and Kaiser announced the construction of a racetrack on the site of the abandoned Kaiser Steel mill in Fontana, CA. A day after the announcement CART announced it would hold an annual race at the speedway. Three months later NASCAR President Bill France, Jr.agreed to sanction Winston Cup Series races at the speedway upon completion, marking the first time NASCAR has made a commitment to run a race at a track that had yet to be built.  Community meetings were held to discuss issues related to the construction of the track and the local effects of events held. The local community largely supported the construction of the speedway citing potentially increased land values and rejuvenation of the community. In April 1995, after having toured the sister track Michigan International Speedway, the San Bernardino County Board of Supervisors unanimously approved the project. The California Environmental Protection Agency gave Penske permission to begin construction after Kaiser agreed to pay $6 million to remove hazardous waste from the site. Construction on the site began on November 22, 1995 with the demolition of the Kaiser Steel Mill. The 100-foot water tower, a landmark of the Kaiser property, was preserved in the center of the track to be used as a scoreboard. 3,000 cubic yards of contaminated dirt was removed and transported to a toxic waste landfill. To prevent remaining impurities from rising to the surface, a cap of non-porous polyethylene was put down and covered with 2 feet of clean soil.  Construction of the track was completed in late 1996.

On January 10, 1997 Marlboro Team Penske’s driver Paul Tracy became the first driver to test on the new speedway. NASCAR held its first open test session on at the track from May 5–7. The official opening and ribbon cutting ceremony was held on June 20, 1997 with the first race, a NASCAR West Series race, being held the next day.

The track was named the California Speedway from the time it was built through February 21, 2008 when the Southern California Automobile Club (Auto Club) purchased the naming rights in a 10-year deal. Thus creating Auto Club Speedway.

With early success following the opening of the track, the speedway began to expand reserved grandstand seating along the front stretch with an additional 15,777 seats. In May 1999, an additional 28 skyboxes were added to the top of the main grandstand. In 2001 the Auto Club Dragway, a 1/4 mile dragstrip, was built outside of the backstretch of the main speedway. That same year, the infield of the speedway was reconfigured to hold a multipurpose road course. On April 24, 2003 The San Bernardino County Planning Commission approved the changing of the speedway’s conditional use permit to allow the installation of lights around the track. Later that year NASCAR announced a second annual NASCAR Cup Series race at the track for the 2004 season, with the second race being run “under the lights”.   NASCAR ran two weekends of racing annually until the 2011 season when the track returned to a single annual race weekend.

In 2006, the speedway’s midway, located behind the main grandstand, was overhauled. The new midway, called Discover IE FanZone, includes the addition of Apex (a Wolfgang Puck restaurant), additional shade and lounge areas, a new retail store and an entertainment stage.

On February 21, 2008, the Automobile Club of Southern California (ACSC) became the title sponsor of the raceway, making Auto Club Speedway the track’s official name. The naming rights deal will last for ten years and is worth an estimated $50 to $75 million. In addition to naming rights, the ACSC will have use of the facility for road tests for Westways Magazine and other consumer tests. The money will be used for capital improvements to the track. 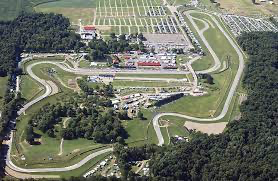 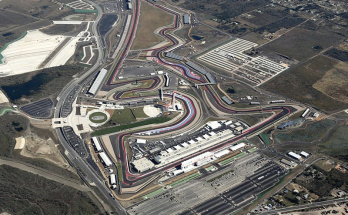 History Of Circuit Of The Americas (COTA) 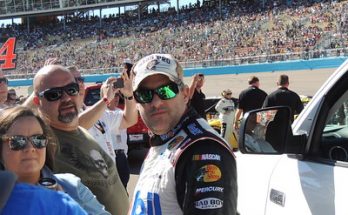 11 Comments on “The History Of Auto Club Speedway”