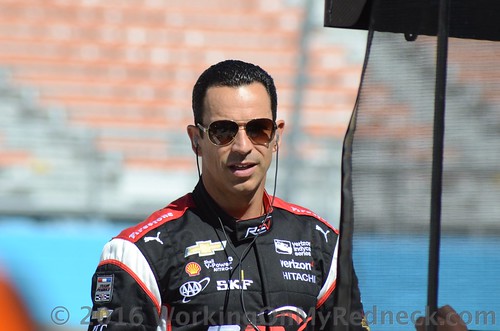 This has all so far seemed like the right thing to do, or at least the rightest thing given all the variables to consider for Helio Castroneves.

The 42-year-old, 19-year Team Penske company man never wanted to leave Verizon IndyCar Series racing as he sought a record-tying fourth Indianapolis 500 victory and first championship. But when Roger Penske expressed that he very much wanted Castroneves to help launch the team’s two-car IMSA sports car program team beginning this year, a driver cognizant of his position – not to mention the business relationships he’s established with the owner – was compelled to accept a decision all parties diplomatically assert was made “together.”

But even before Castroneves undertook unofficial farewells last September before the final race of the 2017 season at Sonoma Raceway, he knew there would be moments that would tug at him as reminders of how much he would miss INDYCAR. Those moments will rush in quickly and vigorously this weekend, when the 2018 season begins with the Firestone Grand Prix of St. Petersburg that Castroneves has won a record three times.

“I’m sure going to St. Pete, it’s going to be difficult to see and not to race,” he told IndyCar.com. “It’s cool.”

There will be much work for Castroneves to keep it that way this weekend, having been named grand marshal for the season opener. He admitted he doesn’t know what such a job even entails, but his schedule has been chocked full. Castroneves will compete in a charity kart race and 5K run/walk, issue the command to start engines on Sunday and drive a ceremonial pace car to lead the field around the 1.8-mile street course. At least.

“I might stay out (in the pace car) and just keep going around,” Castroneves laughed. “I’m sure it will be tough to see everyone racing and not being there, but I’m obviously, as the decision, as a team decision and myself together it was a best to move along and now focus on the very new challenge because it is different and it is difficult.”

After finishing ninth overall with teammates Ricky Taylor and one-off partner Graham Rahal in the season-opening Rolex 24 at Daytona sports car endurance race, Castroneves will return to the No. 7 Acura ARX-05 prototype on March 17 for the Mobil 1 Twelve Hours of Sebring. Soon after, he finally gets his chance in an Indy car in preparation for his two starts in the series this season.

Castroneves said the idea of migrating to a then-theoretical sports car program was broached in the late summer of 2016. He agreed last July, coincidentally, on the same weekend, he won at Iowa Speedway to snap a three-year winless streak. Castroneves very much wanted to remain in Indy cars, but counsel with former Penske driver and current advisor Rick Mears convinced him he’d made the proper decision.

“Let’s face it, I enjoy to be on this team,” Castroneves said. “This team has been – especially in our tough times together, they could have just said, ‘See you later,’ but I’ve been with these guys for a long time. So when Roger came to me and said, ‘I need you to be with us,’ those type of words really impact a decision because you’re like, ‘You know what, let’s take this ride.’”

Castroneves said his belief that Penske would enter IMSA with the intent on winning quickly – it currently fields two cars, with a companion manned by Juan Pablo Montoya, who won the 2015 Indianapolis 500 for Penske before being replaced by current series champion Josef Newgarden – helped him feel better about his decision. So did the prospect of prolonging his career. So did the team phasing down to three Verizon IndyCar Series entries instead of replacing him.

“I don’t want to race just to be a number. I want to be the number, so when I started analyzing that, I’m not out of the car because of lack of performance in INDYCAR,” said Castroneves, who finished fourth in 2017 points for his sixth straight top-five final placing. “They’re not taking the car away. When you stand back and analyze all this, you say, ‘You know what? Let’s make this happen, let’s enjoy this,’ and that’s the way I took it. It took about 30 seconds for me to say, ‘I’m in. Let’s do this.’”

That mentality works splendidly as he acclimates to his new regimen in sports cars. But friend and long-time competitor Tony Kanaan knows how anxious Castroneves will be this weekend in his old workshop.

So, here Castroneves is mentally: curious about the future, yet satisfied with his choice. He’s going to miss it. But knowing Indianapolis awaits will placate him. Actually, he doesn’t know that for sure. Not until he’s here, and yet not there, in a No. 3 Team Penske Chevrolet.

“For sure I am saying this, but I haven’t seen the first race yet,” Castroneves conceded heading into St. Pete weekend. “I may come up to you and say, ‘Hey, forget about what I said. It sucks to see everybody racing and I’m not in.’” 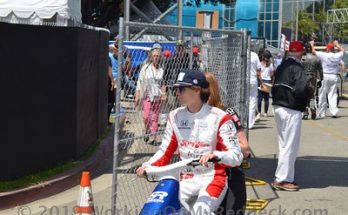 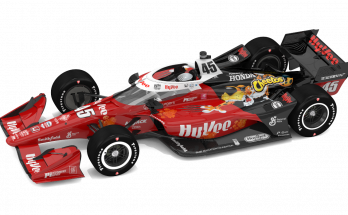