A.J. Foyt’s ABC Supply Racing team revamped some key elements over the off season, including drivers, technical director and several support engineers and mechanics. Team President Larry Foyt speaks about the changes within the team and pre-season testing. Tony Kanaan will drive the No. 14 ABC Supply Chevrolet while Matheus ‘Matt’ Leist will be his teammate in the No. 4 ABC Supply Chevrolet. Eric Cowdin joined the team as Technical Director and is Kanaan’s race engineer; Mike Colliver returned as race engineer for Leist.

Changes in the off-season: “We did make a lot of changes, but at the same time, many things are the same or a continuation of the direction we have been heading. Going into last season, we were learning a new engine, as well as new drivers and new engineers. It’s great to be entering our second year with Chevrolet. Having the understanding of how each other works, and all the players involved, puts us in a much nicer place compared to the beginning of last season. True, we do have two new drivers this year, but probably the most important relationship in a race team is the driver/engineer relationship. Having Tony Kanaan and Eric Cowdin together is like bringing along and happily married couple to the group. That relationship–already being familiar and successful—certainly has helped speed our progress. Lastly, it was important for us to have our plans done early. Last year, our program came together too late and we started the season on our back foot. For this season we were able to get everything buttoned up soon after the final race of ’17. This enabled us to implement an aggressive winter testing program, and be on track with Tony before the New Year came.”

On positive pre-season testing results: “Well it is encouraging, but at the same time, it’s only testing. Race weekends are such a different animal with changing track conditions and everyone giving 100%. How you adapt as a team to the circumstances can make all the difference. The IndyCar field is so close and competitive, that matching the car balance to the conditions can determine whether you are fighting for the Firestone Fast 6 or starting mid-pack to worse.”

On how the drivers will mesh: “I am so happy to have both of the drivers we have, and at the same time I think they are very happy to be in the positions they are. You couldn’t pick a better spot for Matheus having a veteran and champion as a teammate in his rookie year, and who speaks his native language [Portuguese]! Not to mention that Tony has been very gracious in offering his advice and help. And Tony is in a great situation wherein a team is being built around him with some familiar faces who believe in him. We all have the same goals, and nothing is a wholesale change from the way we operated in the past. It’s basically us believing in Tony and his leadership to get the best from him, and Tony pushing us to be the best team we can be.”

On the first race being a fair test of the team’s ‘overhaul’: “I don’t like to say overhaul because I don’t feel like it was a complete overhaul. The driver/engineer combos are new, but they are plugged into something we have been building over the last few years. I think what we have been building has allowed us to attract a Kanaan/Cowdin pairing, and I think they will help take us to the next level. St. Pete is only one race, but it would be nice to come out of the box strong and build on the momentum we have from the offseason.”

TONY KANAAN (#14) on St. Pete: “Back in October when we announced that I’d be  racing for A.J. this year, I said that we had a lot of work ahead of us and I’m glad to say that everyone from the team took the challenge and worked hard during the offseason to get us to the INDYCAR season opener in competitive form. I’m excited about starting the season with the new 2018 IndyCar in St. Petersburg and to help AJ Foyt Racing get the results they deserve.”

Pete is a track I really like – it gives me a lot of adrenaline. I’m really looking forward to the challenge. We did some good pre-season testing so I’m pretty confident for the season. I think the whole team is in good shape for the challenge. Hopefully, we’ll do well!”

Racing’s No. 14 Chevrolet. The logo will be featured on the engine cover of the No. 14 car, and on the driver and crew suits of the Indianapolis-based team. The company’s first involvement in motorsports sponsorship dates as far back as the 1958 Indianapolis 500 with driver Eddie Johnson (finished 9th); it is also the year that team owner A.J. Foyt made his debut in the 500. The brand has worked with Kanaan for ten of the last 11 IndyCar Series seasons. Bryant is a part of UTC Climate, Controls & Security, a unit of United Technologies Corp., a leading provider to the aerospace and building systems industries worldwide.

7-Eleven joins AJ Foyt Racing as an associate sponsor of the No. 14 Chevrolet in 2018.

The company has been involved with driver Tony Kanaan since 2003. The 7-Eleven logo will appear on the nose of the No. 14 car and also on Kanaan’s driver suit.

Sexton Companies returns to AJ Foyt Racing as an associate sponsor of the No. 4 and

No. 14 Chevrolets. What started as an associate sponsor on the third Foyt Racing entry at the Indianapolis 500 has grown into a season-long sponsorship for this Indianapolis-based company that has built and developed apartment complexes in Indiana, Ohio, Texas, Louisiana and Arkansas. The company’s current holdings are more centrally located in Indiana and Ohio.

ABC Supply enters its 14th season as primary sponsor of AJ Foyt Racing. The company was founded in 1982 by Ken and Diane Hendricks with just three stores. The company now has over 700 stores and topped $9 billion in sales in 2017! ABC Supply began sponsoring the AJ Foyt Racing team with the 2005 Indianapolis 500. The company has leveraged its involvement by entertaining over 92,000 associates and customers over the past 13 racing seasons. At St. Petersburg, the company will entertain over 700 guests.

Alfe Heat Treating returns as a major associate sponsor for the eighth season. What began as a limited race sponsorship in 2011 has evolved into a season-long sponsorship of the No. 14 and No. 4 ABC Supply Chevrolets. Headquartered in Fort Wayne, Indiana, Alfe Heat Treating, Inc. is the largest commercial aluminum heat treating operation in the United States. The company operates plants throughout the Midwest serving aerospace, automotive, military, and commercial customers with both ferrous and non-ferrous facilities.

Busche Performance Group returns as major associate sponsor of the No. 4

ABC Supply Chevrolet. Returning as an associate sponsor for the second straight season, Busche Performance Group is based in Albion, Ind. The company, which provides Comprehensive Design, Engineering, Validation, Aluminum Castings, CNC Machining and Hydraulic Fixturing, has locations throughout Indiana as well as plants in Michigan, Ohio, Alabama and Mexico.

Past Performance at St. Pete: AJ Foyt Racing’s best start is from the pole position in 2014 with Takuma Sato and best finish is sixth in 2016 (Sato). Tony Kanaan’s best start is also from pole position in 2008 and his best finish is 2nd (2005). However, he has 11 top-10 finishes with six of those on the podium! Matheus Leist will be making his IndyCar debut at St. Pete. In the Indy Lights Series, he qualified fourth in his debut but lost power and placed 15th. In the second race he started 12th and climbed up to sixth but finished 11th with tire woes.

ABC Supply roofing customer, American Hero Construction, located in Kissimmee, Fla., won the ‘Your Name Here’ contest for the Firestone Grand Prix of St. Petersburg. The company name will be on the engine cover of the No. 14 ABC Supply Chevrolet. Guests will receive the VIP treatment plus a Meet and Greet with Tony Kanaan.

L&W Supply, a subsidiary of ABC Supply, selected national account Burkett Stucco Inc., based in Lutz, Fla.,  to be featured on the engine cover of the No. 4 ABC Supply Chevrolet. Guests will receive the VIP treatment this weekend along with a Meet and Greet with Matheus “Matt” Leist.

The Firestone Grand Prix of St. Petersburg will be televised live on ABC Network Sunday, March 11, starting at 12:30 pm ET.  The radio broadcast will be on Sirius XM radio on the following channels: Sirius 212, XM 209, SXM 970. 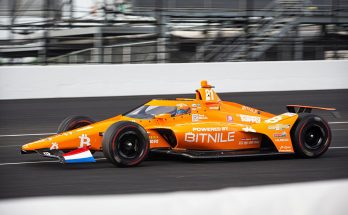 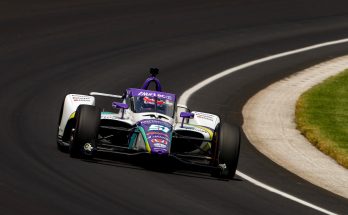