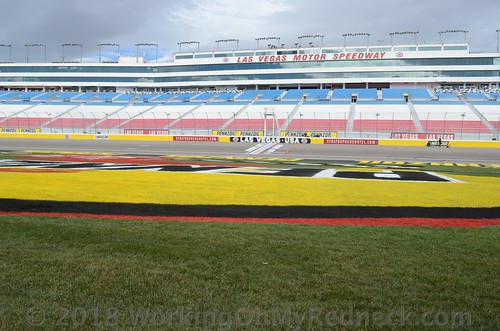 In the spirit of the “numbers game” that characterizes the Las Vegas area hosting NASCAR’s three national series this weekend, here are some jackpot trends and statistics to consider as NASCAR starts its three-race western swing (#NASCARGoesWest) with the Pennzoil 400 presented by Jiffy Lube at Las Vegas Motor Speedway.

Johnson (four) and Brad Keselowski (two) are the only two series drivers with multiple Las Vegas wins. And Johnson would sure like to summon that positive precedence as his No. 48 Hendrick Motorsports Chevrolet team hopes to avoid what would be a career-long winless streak at 26 races.

Despite the impressive Johnson statistical superiority, current points leader Joey Logano actually boasts the best average finish at Vegas (10.0), however the Team Penske driver has never won at the track. He finished runner-up to his teammate Brad Keselowski in 2016 and was fourth last year.

Johnson’s former Hendrick Motorsports teammate Kasey Kahne, who now drives the No. 95 Leavine Family Racing Chevrolet has won more pole positions (three) at Vegas than anyone and also has a track best two runner-up finishes here – most recently in 2013.

There are only five former winners in Sunday’s race and last week’s Atlanta winner Kevin Harvick joins Johnson as two of only four drivers to have won at Las Vegas as reigning Cup champions. It’s a feat current champ Martin Truex Jr. sure would like to accomplish. This is the race that essentially launched Truex on his title-winning trajectory in 2017 — one of seven trophies he earned on 1.5-mile tracks en route to the big Monster Energy Cup hoist at the season finale.