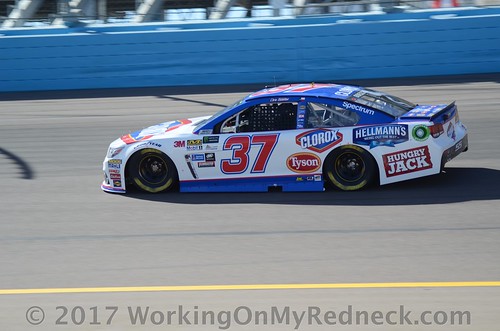 College loans get you in the door, but college debt ruins the party. Natural Light wants to change that in the form of giving away $1,000,000 to help pay down your loans so you can hold on to those memorable college stories.

Approximately 45 million Americans have experienced college debt, making student loans one of the biggest topics online among recent grads. In short, it’s a downer. Natural Light is committed to helping those who want to cherish their college memories, no matter what color jersey they wear or fight song they chant. Consumers across the country have the opportunity to be one of 25 people that will each be awarded $40,000 through the promotion Natural Light launched in January.

The program will be featured on the No. 37 JTG Daugherty Racing Chevrolet Camaro ZL1 with driver Chris Buescher during the Pennzoil 400 NASCAR Cup Series race this weekend at Las Vegas Motor Speedway. This will be the second time Natural Light has been featured on the No. 37 entry with Buescher, having appeared as the primary during the 2017 edition of the Pennzoil 400 at Las Vegas.

“We’re really excited to have Natural Light on board this weekend at Las Vegas Motor Speedway,” Buescher said. “The partnership on the car was a huge hit last year, and we’re looking forward to partnering with them this weekend with a new paint scheme showcasing an awesome promotion. And stay tuned later this year, this isn’t the last you’ve seen of me and Natty!”

“This is a chance to give back to those who have given so much to us, so we’re changing it up and calling an audible on the big game this year,” said Chelsea Phillips, VP of Value Brands at Anheuser-Busch. “We took a look at ten of the most Natty-centric cities where our beer is loved and there are thousands of students, and took on the mission to protect their epic college memories.”

● Find a Green $ Tab in limited edition 36-can packs of Natural Light.

● Film a video with the Green $ Tab and explain your inspiration for going to college.

● Share the video using any of the methods below:

The promotion runs from now until May 6. Log on to www.NattyStories.com to learn more.