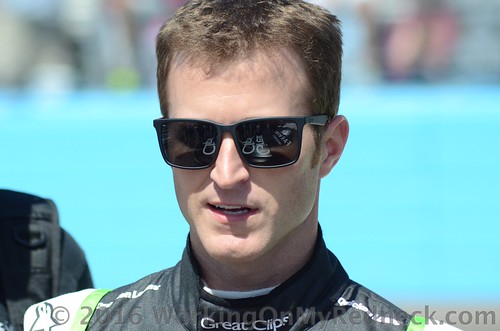 Kasey Kahne and Leavine Family Racing (LFR) are looking forward to racing at Las Vegas Motor Speedway (LVMS) just one month after their pre-season test at the 1.5-mile track.

After an ill-handling racecar last weekend in Atlanta, LFR looks to use both the information gathered at the pre-season test, as well as Kahne’s experience heading to Las Vegas for the start of the West Coast swing.

Kahne, who has recorded three pole awards and two runner-up finishes at LVMS, enjoys competing at the intermediate track, which he feels is similar to Charlotte Motor Speedway where he has won four times.

“I’ve always thought Vegas was really good for me,” said Kahne. “Vegas and Charlotte are pretty similar – maybe not the actual shape of the track, but the pavement is really similar with the grip level and the bumps. I’ve won at Charlotte and have come close to winning at Las Vegas a few times, so I’m looking forward to this weekend.

I feel like it’s going well at LFR, and we have a ton of potential. We are trying to progress and learn as we go. Everyone has the same attitude so that makes it really nice.”

Kahne will kick off the West Coast swing with a Victory Tour at Auto Club Speedway on Thursday before heading to LVMS for Friday’s first on-track activities.

LFR will also be showing off an updated look of their classic WRL General Contractors scheme in Las Vegas. Race fans can see this new scheme during the Pennzoil 400 presented by Jiffy Lube on Sunday, March 4 at 3:30pm ET.