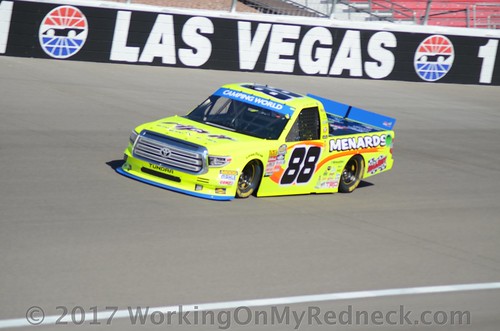 Team Info/Stats:
Crew Chief: Carl “Junior” Joiner, Jr.
Driver Point Standings: 2nd
Owner Point Standings: 2nd
Spotter: Stevie Reeves
News and Notes:
Chatting with Matt Crafton…
“This is the first time the Truck Series has been out West this early in the year, and the forecast is supposed to be a lot cooler than we are used to out there, so I’m sure there will be more grip than we’re used to on the race track. The mile-and-a-half tracks are always my favorite – they are a lot of fun to run. Being from out West, it’s always nice to see my friends and family while I’m out there – this year I’ll get to see them twice, which is an added bonus.”
TIL NEXT TIME, I AM STILL WORKING ON MY REDNECK!