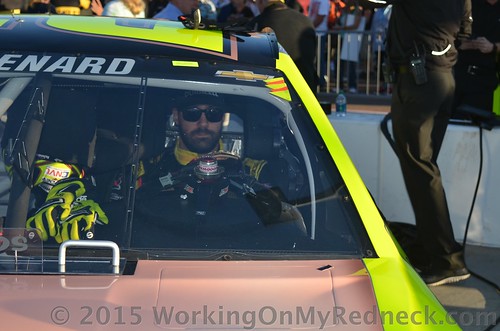 Paul Menard and the No. 21 Moen Ford Fusion team had a solid run on Sunday at Atlanta Motor Speedway in their first race together on a track where handling is a key component of success.

Menard was fast in practice, qualified 15th, and never ran worse than 17thbefore coming home 17th at the finish of the rain-delayed Folds of Honor QuikTrip 500.

The race, scheduled to start at 1 p.m., eventually got the green flag at 3:30 p.m. after the track was dried following morning rains.

With Friday’s and Saturday’s practice sessions held in summer-like conditions, the weather change on Sunday to cool and cloudy forced the No. 21 team to adjust for different conditions.

Team co-owner Len Wood said he was pleased to see how Menard, crew chief Greg Erwin and the crew were able to adapt.

“The car was set up for hotter weather, and we were off a little on handling mid race, but it got better as the race went on,” Wood said. “And the pit crew did a good job. They never had a bad stop and were better every time.”

Wood also emphasized that for an all-new team, the chemistry seems to be coming along nicely.

“I was really proud of Paul and Greg,” he said. “For their first race at a handling track, they were able to get the car really close.”

Some of the team’s strategy was foiled by events beyond their control. 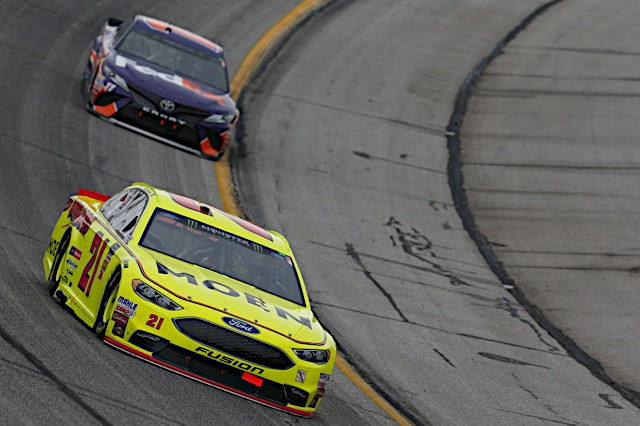 Menard and Erwin planned to execute a late-race, pit-stop-saving strategy similar to the one employed by their Ford teammate, the No. 22 Team Penske crew.

But just as they were set to run long on their pit stop, Menard felt a possible issue with a tire, and the team was forced to stop earlier than planned rather than risk a tire failure at speed.

Wood credited his team with making smart moves in employing the wave-around option to make up lost laps, a decision that enabled them to end the race inside the top 20.

“Paul did a great job driving, and the team had good strategy,” Wood said.

The Woods, Menard and the No. 21 Menards team leave Atlanta ninth in the Monster Energy Cup standings and will return to the track next weekend for the Pennzoil 400 at Las Vegas Motor Speedway.