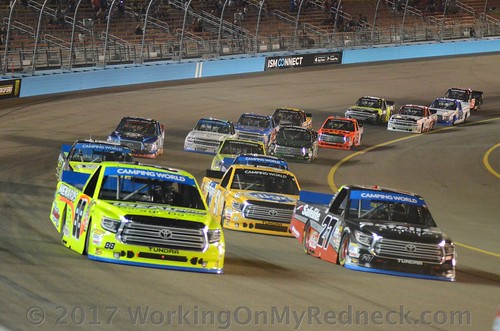 Atlanta has historically been one of your favorite race tracks. What is it about the track that you enjoy racing on?

“Atlanta, I always look forward to going there. That’s by far my favorite race track that we go to because of the old, aged asphalt. The best racing you’re ever going to see is on the older asphalt. You always have great side-by-side racing. You can run the bottom, and you can run the top. That’s when our season really kicks into high gear. That’s the bread-and-butter of our races. The majority of our races are on the mile-and-a-halves, so that’s where we’ve really got to focus on our program.”
TIL NEXT TIME, I AM STILL WORKING ON MY REDNECK!

Ty Gibbs Rolls At Kansas With A Doubler Dip

MattD Bounced Back From Mid-Race Setback