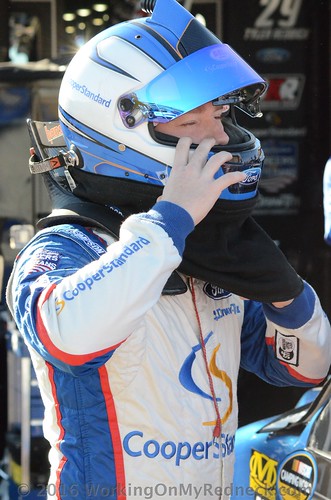 JR Motorsports will support Nationwide Children’s Hospital in a prominent way during the NASCAR Xfinity Series season in 2018. One of America’s largest pediatric healthcare and research centers delivering care for more than 1.4 million patient visits each year, Nationwide Children’s will have five primary paint schemes with the No. 9 team and driver Tyler Reddick this season.

The primary branding space in those events was made possible by the generous support of one of JRM’s partners, which made a donation to Nationwide Children’s in memory of one of its founders, Carolyn Brown. The concept is a familiar one, as several team partners have elected to donate paint schemes to worthy causes over the years, most recently in 2013 and 2015 when the No. 7 team carried Nationwide Children’s colors in two events, including a win at Mid-Ohio.

“Our relationship and commitment to Nationwide Children’s Hospital goes much deeper than this partnership,” said Kelley Earnhardt Miller, general manager of JR Motorsports. “The work they do is invaluable, and we are honored to partner alongside them and be continued advocates of their mission. Theirs is a cause that all of us at JR Motorsports, and our partners, are firmly supportive of.”

“I know how important Nationwide Children’s Hospital is to Dale and Amy, Kelley and everyone at JR Motorsports,” said Reddick. “I’m proud to be supporting their cause and it’s been eye-opening to learn about the tremendous work they do for children and their families across the country. I’m looking forward to visiting the hospital and meeting their Patient Champions.”