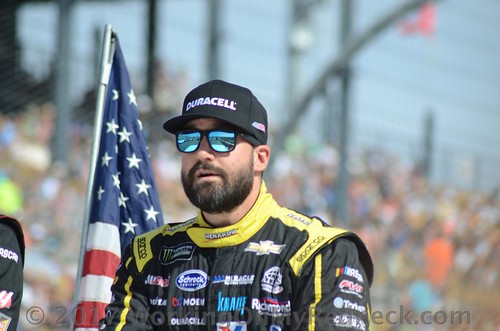 Paul Menard had a bird’s-eye view of most of the big wrecks in the 60thannual Daytona 500, but he steered through them all and came away with a sixth-place finish in his 400th career Cup start.

His finishing points, coupled with his Stage points earned, put him in third place in the championship standings, six markers behind leader Ryan Blaney and tied for second place with Daytona 500 winner Austin Dillon.

Menard, in his first official drive in the No. 21 Omnicraft Ford, started 16th in the Great American Race but soon raced his way into the top 10, steering clear of the race’s first big wreck and finishing the first 60-lap Stage in ninth place, earning two bonus points.

He spent most of Stage Two in second place, but after a pit stop just before the race’s halfway point he restarted eighth, which put him just behind another multi-car crash, which he also avoided.

On the ensuing restart, he went from fourth place to second at the end of Stage Two, earning nine more points.

Due to a lack of drafting help at times, Menard dropped back to midpack, but soon worked his way back into the lead group.

On a restart with seven of the scheduled 200 laps remaining, Menard lined up 14thand was working his way forward only to see the leaders wreck in front of him again.

When the smoke cleared, he was in fifth place for the start of an overtime run to the checkered flag. After yet another wreck ahead of him, Menard crossed the finish line in sixth place. 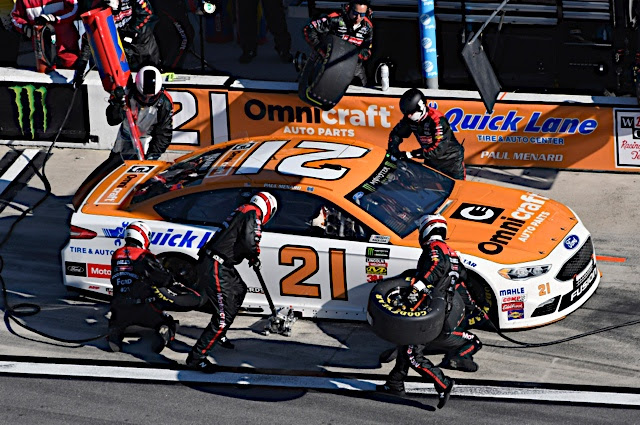 “We had a really fast Omnicraft Ford,” Menard said. “These guys are awesome. Great race car. I ran up front the first-half of the race. I got shuffled out. Denny (Hamlin) bumped me in Turn Three, and I got loose and lost all my track position. I just kept fighting from there to get my track position back.

“Great run for us. We had shot to win the Daytona 500 at the end of the race. We just came up short. The Omnicraft Ford Fusion was a rocket ship. It was really fun. I’m so proud of this team. The car was fast all day. We survived and were able to bring it back home in one piece.”

And in the bigger picture, Menard was able to score 15 Stage points, including four for a seventh-place finish in his Can-Am Duel.

“It was huge,” he said. “To score points in all three stages is awesome. That’s good for the overall picture. I had a shot at a Stage win. It was a good points day for sure.”

Menard and his Wood Brothers team return to the track next weekend at Atlanta Motor Speedway.