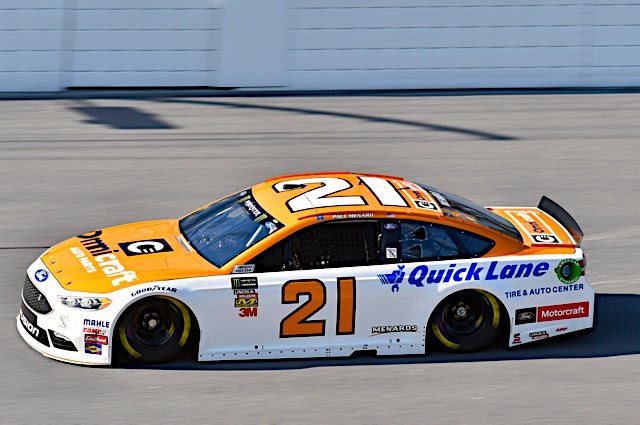 Paul Menard will make his first official start in the No. 21 Omnicraft Ford Fusion from sixth position.

Menard was 10th fastest in the opening round of qualifying, which locked in the top-two starting spots for the Daytona 500 while also setting the starting field for Thursday’s 150-mile Duels, which will establish the rest of the starting order for next Sunday’s Great American Race.

Menard ran a lap at 193.673 miles per hour in the opening round at but he was a tick of the stopwatch slower in the final Round of 12.

Menard’s speed of 193.199 mph was 12th fastest overall and fourth best among the Ford contingent.

He said he wasn’t sure what caused the drop in speed from the first to the second qualifying round.

“I thought we had a little more that we didn’t get,” he said. “We slowed down the second round, and we are confused at that.”

Speeds generally pick up in the second round since fluid temperatures are higher, so the Omnicraft team plans to thoroughly check the car prior to Thursday’s Duels to see if anything was amiss.

“Overall, we have a really fast Ford Fusion with Omnicraft on board, and we will line up for the Duels on Thursday,” he said.

The veteran driver, who is making his 400th career Cup start next Sunday and his first in the iconic No. 21, said he’s encouraged by the way his car performed in race conditions.

“I feel good about how we drafted [Saturday],” he said. “It looked like a lot of guys were out of control, but our car handled really well so hopefully it pays off… 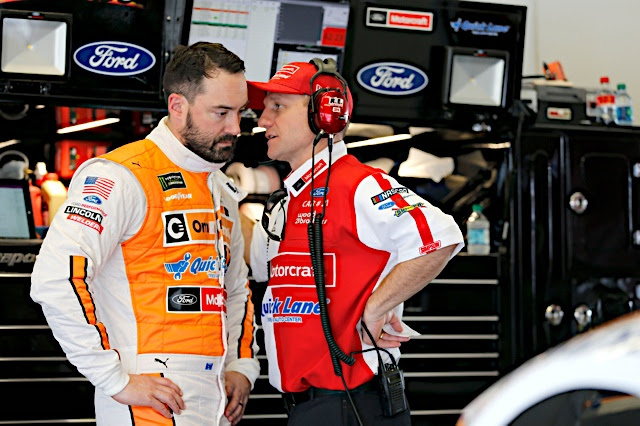 Other than the slight drop in speed during the second round, Sunday’sperformance in the single-car qualifying session was a continuation in a solid start for the veteran Menard as he makes his transition to the No. 21 Omnicraft team fielded by the Wood Brothers and crew chiefed by Greg Erwin. Menard was 15th fastest in Saturday’s opening practice and improved to sixth in the second session.

Now it’s on to the Duels, as there are no scheduled practices and the cars will be impounded until Thursday.

Team co-owner Len Wood said he’s been pleased with the team’s performance so far this Speedweeks.

“We were very happy to advance to the final round of qualifying,” Wood said. “That’s what you always want to do.

“Now that’s behind us, and we’re looking forward to Thursday’s Duels.”

Wood said Menard’s best lap in the draft on Saturday, at 201.5 miles per hour is encouraging.

“We have a good drafting package,” Wood said.