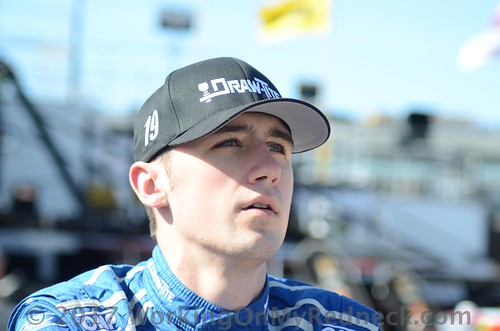 In addition, Cindric will drive either the No. 12 or the No. 22 Ford Mustang for Team Penske in the remaining 24 races, including the four Dash for Cash events at Bristol, Richmond, Talladega and Dover.

“Just the experience of making the final four last season and getting to race for the Truck Series Championship at Homestead for BKR (Brad Keselowski Racing) was truly special for me, but has made me determined to find a way to try and get in that position again,” said Cindric, who will work with three different crew chiefs over the course of this season. “Now to have the opportunity to run for a Driver’s Championship this year in the XFINITY Series with both Team Penske and Roush Fenway Racing is a dream come true. I know there’s a lot left for me to learn. That being said, it puts the ball in my court because I have such an incredible and unique opportunity in front of me to be surrounded by the experience of two very successful organizations and that is all a driver can ask for. Much like last season, I feel like it may take a little time to adjust, but I’m eager to get started on that journey. I just can’t thank Roger Penske, Jack Roush and everyone with Ford Performance enough for this opportunity.”

Cindric made his NXS debut last season, driving the No. 22 Discount Tire Ford Mustang at Road America. Cindric ran inside the top 10 for much of the race and was in line to compete for the win when his car suffered a cut a tire late in the race and had to make an unscheduled green-flag pit stop. He finished 16th. Cindric has had a busy preseason as he has already raced three different types of cars in three series including two Rallycross Ice races in Sweden and highlighted by a sixth-place overall finish in the Rolex 24 at Daytona driving for JDC-Miller Motorsports.

During the events that Cindric will race the No. 12 Ford Mustang for Team Penske – the first of which is scheduled to be on February 24 at Atlanta Motor Speedway – he will work with the team’s new crew chief Matt Swiderski.

Swiderski joined Team Penske during the off-season following a successful run with Richard Childress Racing (RCR), where he worked as crew chief of the No. 3 NXS team with drivers Ty Dillon, Scott Lagasse and Brian Scott in 2017. Previously, Swiderski was the head of vehicle performance at RCR for three seasons after also serving as race engineer for RCR teams competing in both the XFINITY Series and Monster Energy NASCAR Cup Series.

“This is a great opportunity to become a part of the winning tradition at Team Penske,” said Swiderski, who also worked for Space Exploration Technologies (SpaceX), a private aerospace manufacturer and space transport provider that operated some of the world’s most advanced rockets and spacecrafts, in 2012. “I’m really excited to team up with Austin when he’s behind the wheel of the No. 12 Ford while also working closely with (No. 22 crew chief) Brian Wilson. Our goal is to help the No. 22 team win another series Owners’ Title while working with Austin as he chases the Driver’s Championship.”

The NASCAR XFINITY Series season gets underway with the season-opening race at Daytona International Speedway on Saturday, Feb. 17.