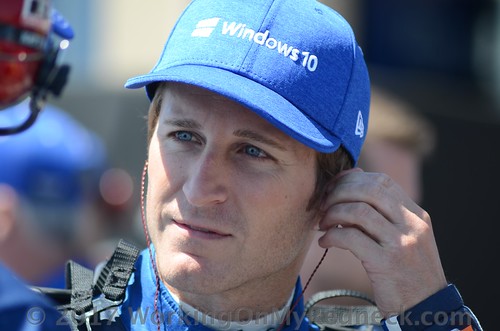 Since the team’s inception in 2011, 2018 marks the third year LFR has been a full-time competitive Monster Energy NASCAR Cup Series (MENCS) team. 2018 will be a year of firsts for the one-car team, as Kahne brings a total of 18 wins in the MENCS to the table.

The team participated in the pre-season test at Las Vegas Motor Speedway last week and were able to work through much as a team for the first time.

“The Vegas test was the first time we’ve seen the Camaro ZL1 on track,” said Jeremy Lange, GM / VP of LFR. “It’s also the first time Kasey has been in one of our cars. It was clear throughout the two-day test that we made gains and continued to gel together as a team. We are heading in the right direction going into the Clash.”

The Advance Auto Parts Clash brings together the 2017 MENCS pole award winners, former Daytona 500 winners and pole winners, as well as the 2017 playoff drivers to compete in a preseason race. The Clash, which has been a key event in Speedweeks for decades, will see the elite driver line up going head to head for 75 laps just after qualifying for the 60th running of the Daytona 500 concludes.

“This year is a little different now that we have the Clash,” said team owner, Bob Leavine. “We’ll get 75 laps in the Clash for Kasey to get a feel for the car before the duels and the 500, so it’s just a perfect situation for us with a new driver, new Crew Chief and a couple new people working on the car. We’re just ready to get it going.

Being involved in the Clash really sets the tone for 2018. We’re excited to be part of the 20-car group that will run that race. It’s a great kickoff to qualify and then jump in the car to race. It provides some difficulties with getting the cars through inspection that morning, but everyone has been planning for that, so it will all be taken care of.”

Kahne, who is getting a fresh start this year with LFR, is looking forward to making his mark in 2018 early with his new team.

“LFR is a small group compared to what I’ve had the last six years, and it’s a group of people who all want to go in the same direction,” said Kahne. “I feel like if we do that, and work together, no matter what it is, to make the No. 95 the best car that it can be, we’re going to have success. And the guys all feel the same way. That’s our plan.”

Leavine Family Racing is an organization competing in the NASCAR Premier Series focused on growing competitively and providing results-driven partnerships for its sponsors. The single-car team was founded in 2011 by Bob and Sharon Leavine, two individuals who are passionate about NASCAR and started the team to make a positive impact on the sport and community. Kasey Kahne, a fourteen-year veteran of NASCAR and 18-time winner in the Monster Energy NASCAR Cup Series, pilots the No. 95 Camaro ZL1 for the team. In alliance with Richard Childress Racing, the team operates out of their Concord, N.C.-based race shop with a veteran group of racing personnel driven by their desire for progress. For more information, please visit www.LFR95.com.