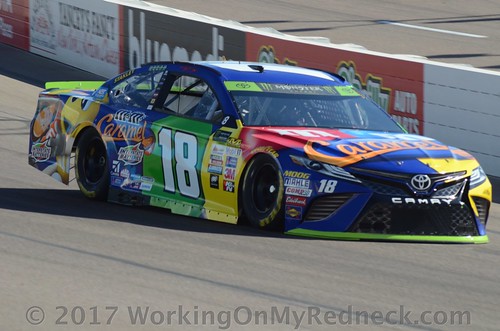 Mars Wrigley Confectionary will continue activating its M&M’s Caramel line in NASCAR this year after what it viewed as a successful rollout in ’17. The company is the primary sponsor of Joe Gibbs Racing’s #18 Toyota driven by Kyle Busch, and it has tweaked the lead brand it activates in NASCAR over the years.

After a significant push last year around the Caramel line, which was its largest launch ever for a new kind of M&M’s, Mars has decided to keep with that theme in ’18.

M&M’s Senior Brand Dir Allison Miazga-Bedrick in an email wrote that the decision came after last year’s activation proved to be a “win on multiple fronts.” That included more than 25 million views of a social media content series the company created with Busch around the Caramel line.