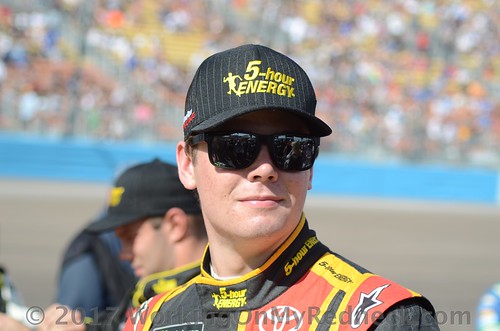 DATE OF BIRTH: MAY 30, 1996
ROOKIE YEAR: 2017
HOMETOWN: Byron, MI
Erik Jones competes full-time in the Monster Energy NASCAR Cup Series, in a newly formed second team at Jow Gibs Racing Jones earned Sunoco Rookie of the Year honors in the XFINITY Series in 2016. He also has nine career XFINITY Series wins. Jones is the 2015 Sunoco Rookie of the Year and champion in the Camping World Truck Series where he has seven career wins.