Six month ago executives from NASCAR and Monster spoke positively about their still new and developing relationship that saw the energy drink maker take over entitlement sponsorship duties from Sprint, which had the role since 2004. Both sides were optimistic Monster would exercise a two-year option and remain in the role through 2020, with a decision needed by December.

But in the months since the bloom has fallen off the rose to some degree and behind the scenes there isn’t as much enthusiasm Monster will re-up its deal. In fact, Monster not only asked for an extension of the December deadline – until just after the first of the year – but also asked for a second extension until the spring, multiple industry sources told SB Nation. NASCAR granted both requests, though has quietly begun identifying new and potential replacements in case Monster doesn’t renew.

Although Monster has its share of critics who feel more could be done related to television buys and at-track activation, the reality is the company has brought a much needed fresh approach that has nudged NASCAR out of its comfort zone. And if Monster were to opt out, it places NASCAR in a precarious position for the second time in three years where the search for an entitlement sponsor becomes a pervasive cloud hanging over the season that overshadows what’s happening on the track.

It will be very interesting to see if Monster Energy pulls the plug on NASCAR after the two-year contract expires! 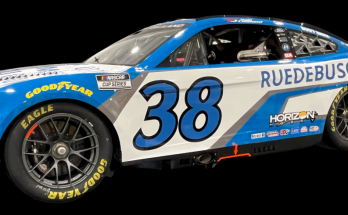 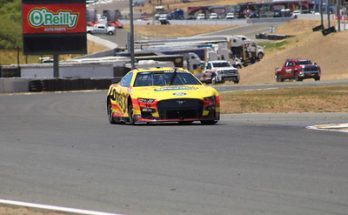