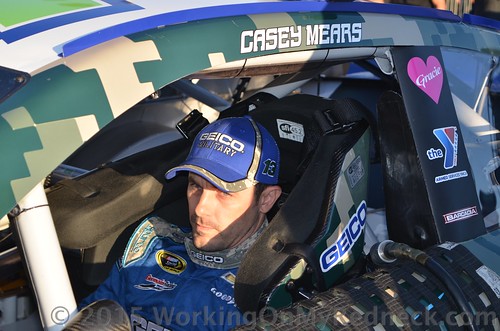 Casey Mears is targeting a switch to Red Bull Global Rallycross for the 2018 season, with NASCAR and off-road trucks all on the cards.

The Californian, who won the 2006 24 Hours of Daytona and the 2007 Coca-Cola 600, has been competing part-time in the NASCAR Xfinity series this year. Speaking to The Checkered Flag, Mears revealed that he is considering a move to Red Bull GRC, and is also in discussions for another part-time NASCAR deal, as well as looking at outings in Stadium Super Trucks.

“Right now I’m talking to a few NASCAR programs to do maybe limited stuff. I don’t have anything that would be a full-time ride in a NASCAR series,” he said. “I’ve been speaking with Robby Gordon in the Stadium Super Truck program, I think that’s a really cool up-and-coming-series and I’d definitely like to be involved with the GRC, It looks like a lot of fun. I think there’s enough difference between all those that it could leave room for doing a bit of both so we’ll see how it works out.”

Mears has spent 2017 racing a limited schedule for Biagi-DenBeste Racing and has used his free-time to go back to his routes at the kart track.