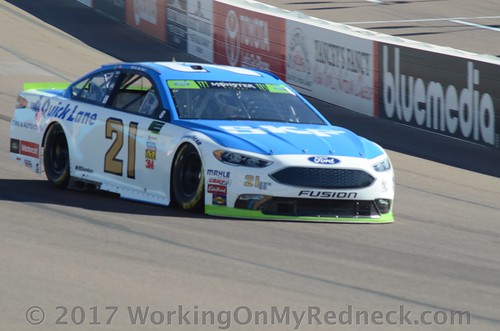 For their final race together, Ryan Blaney and the Wood Brothers team will start the Ford EcoBoost 400 at Homestead-Miami Speedway from a familiar position.

Blaney, crew chief Jeremy Bullins, and the Motorcraft/Quick Lane team bounced back from a mediocre practice session to advance through all three rounds of knock-out qualifying and earn the 11th starting spot for Sunday’s finale of Ford Championship Weekend.

It was the 26th time in 36 races this season that Blaney and the No. 21 team have qualified among the top 12.

“Ryan and the crew made some changes after practice, and obviously they were right ones,” team co-owner Eddie Wood said. “It’s really satisfying to be among the top 12 in our last race together, and I’m glad they were able to find some good speed tonight since they’ve been so good in qualifying all season.”

Blaney and the Motorcraft/Quick Lane team were 20th fastest in Friday’s opening practice, with a best lap at 168.972 miles per hour. 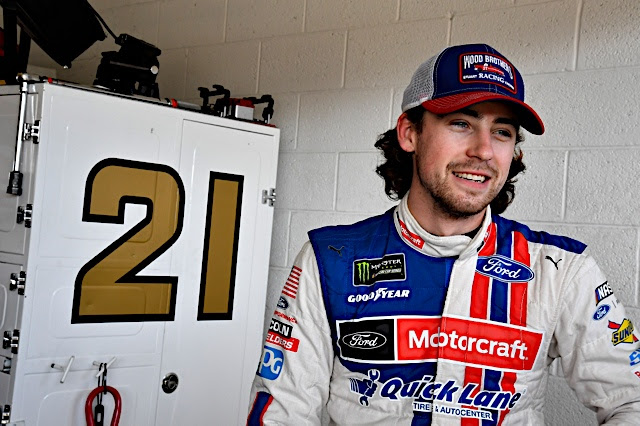 After some tuning on the No. 21 Fusion, Blaney was 14th fastest in the opening round of qualifying with a speed of 172.590 mph.

He ran a lap at 173.055 mph in Round Two, which was ninth fastest of the 24 drivers and earned him a spot among the elite 12 qualifiers.

“We made improvements from the first round to the second round, but we fell off for the third round,”

Blaney said in his post-qualifying comments. “We missed a bit on that last adjustment. It was a good effort.”

“We made some adjustments to the car between practice and qualifying, but the biggest difference is the temperature,” he said.

Sunday’s Ford EcoBoost 400 is set to get the green flag just after 2:30 p.m. with TV coverage on NBC.