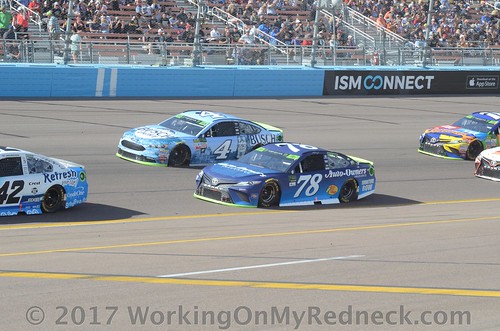 All three Monster Energy NASCAR Cup Series champions crowned since the elimination-style Playoff format was introduced in 2014 earned their title by taking the checkered flag. In two of those years (2014, 2015), second place in the standings finished second in the race. In 2016? The runner-up in the championship finished fourth.

That means there’s a lot of pressure on this year’s Championship 4 to win, or at least finish very close to the front, to secure the title.

It is quite apparent that winning has become extremely important and no more so than at Homestead for the championship!