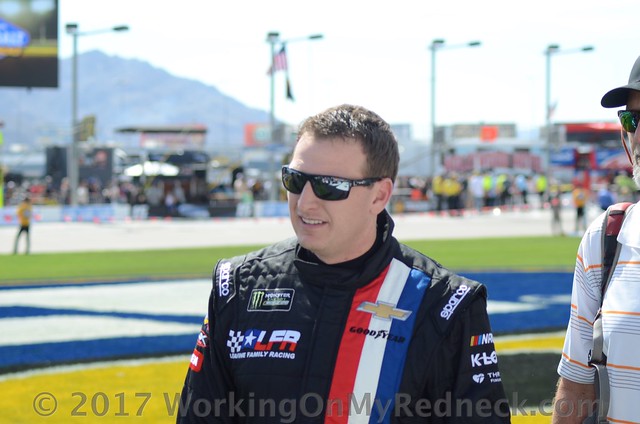 Michael McDowell is returning to his home track of Phoenix Raceway this weekend in the No. 95 Rohto® Jolt™ Chevrolet SS for the Can-Am 500.

McDowell began his career BMX and Kart racing in Phoenix, Arizona before moving on to open wheel cars. It wasn’t until 2007 that he made his stock car racing debut in the ARCA series. In 2008, he made his first Monster Energy NASCAR Cup Series (MENCS) start and has not looked back since.

This weekend in Phoenix will mark his 248th start in the MENCS. His best finish at Phoenix is 24th, which came earlier this year, and his best start at the 1-mile tri-oval is 12th.

McDowell is excited to return to Phoenix, the track where his career began, as he pilots the No. 95 Rohto® Jolt™ Chevy.

“It’s my home race!” said McDowell. “Until Alex Bowman gets back in the No. 88, I’m the only Arizona native that’s racing in the cup series. Lots of fans and cheers during driver intros – it’s just good to be home. Everyone at Phoenix Raceway has been so good to me. They have a lot on their plate right now with this big renovation, but it will be good to get there and be with all my friends and family.”